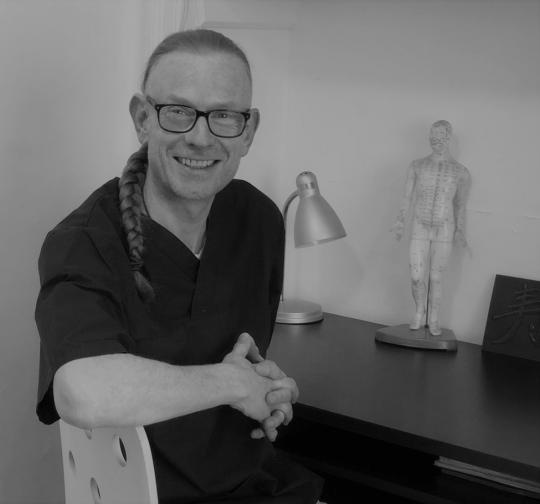 
I became fascinated by Chinese culture, health systems and martial arts when I was twenty-two. I'd just taken up Tai Chi and Qi Gong because I wanted to strengthen my knees, following cartilage problems and subsequent surgery in my early teens.

Tai Chi became something of an obsession for me. Not only did my knees and legs get much stronger, I went on to win British and European gold medals for my Tai Chi forms. Moving from Tai Chi and Chi Gong into Traditional Chinese Medicine (TCM) was a natural progression, as all these practices are fundamentally interlinked in their philosophical and cultural origins.

I studied TCM at the Northern College of Acupuncture in York, where we had a wonderful student clinic, chock-a-block with patients of all kinds, overseen by the brilliant Dr Han Liping. I graduated in 1996 and set up practice in Rugby, I now have my clinic in the Oxford Street Therapy Centre, Wellingborough.

Miracles don't happen every day and I would never promise them. That said, I've seen some amazing recoveries over the years. It's an honour to point the way in any person's healing journey, but it's not me who does the work of getting better, it's you.

"I have been having acupuncture for 25 years and have been treated by José for the last four. He is excellent at diagnosing what treatment is needed and at times I have compared him to a miracle worker! He is intuitive and understanding and an amazing acupuncturist. He has helped me loads over the past few years and I honestly don't know where I'd be without him." Jo L

The Oxford Street Therapy Centre provides treatment for a very wide range of conditions using a variety of complementary therapies. Our therapists are all fully qualified professionals.